The Nexo protocol: a new initiative to standardise cashless payments

The world of cashless payments is characterised by a range of standards, technologies and protocols – especially when it comes to cross-border transactions. The Nexo Standards consortium has taken on the task of advancing the interoperability of technologies for cashless payments. To do this, the organisation has developed its own standards.

But who is behind the consortium? How important are these Nexo protocols today, in particular when it comes to connecting POS terminals to POS systems? What potential does the Nexo protocol offer? And what are the limitations? treibauf provides expert and independent information.

Nexo Standards: the organisation behind the Nexo protocols

Nexo Standards is an open consortium of different companies from the field of cashless payments that aims to develop, establish and disseminate international standards for payment technology. All of the organisation’s developments comply with the technical ISO 20022 standard.

The companies behind Nexo Standards

The Nexo Standards consortium includes many industry leaders, which together bring great importance to both the organisation and the Nexo protocols it has developed.

The consortium membership is divided into two categories: «Principal Members» and «Associate Members». The table below gives an overview of the best-known Nexo Standards members:

This is just a selection of the best-known members. The Nexo Standards website contains a full list of members and observers.

What does Nexo Standards want to achieve?

The primary aim of Nexo Standards is to develop a series of state-of-the-art standards that meet the requirements of the EFTPOS sector. These open standards should be made accessible free-of-charge and are seen as an important step towards a standardised payment market from which all stakeholders can benefit, especially multinational trading companies.

The Nexo standard: the key Nexo protocols at a glance

Nexo Standards is seeking to standardise, at an international level, all technical interfaces used in cashless payments through state-of-the-art, open protocols. We have briefly listed and explained these key protocols here for you:

The aim is for this protocol to become a standard, international interface between acceptors and acquirers. The standard allows for both a direct connection between traders and acquirers as well as the traditional version via a Payment Service Provider (PSP). This should simplify Multi-Acquiring strategies and enable greater compliance across national borders.

The Nexo protocol for traders defines a whole series of interfaces between payment terminal and the POS system. This provides for clear separation between the ERP and the payment process, supports different payment and customer loyalty programmes and offers a uniform approach to different technical environments.

This open protocol serves as an interface between a Terminal Management System (TMS) and a payment system. The new interface supports the configuration and management of all terminals and should mean that traders are no longer bound to certain manufacturers due to lock-in effects.

ISO 20022: the technical standard that forms the basis for all Nexo protocols

The ISO 20022 standard was developed as a common standard for the finance industry to bring uniformity to the communication of information across various segments of the sector.

The logic behind this standard is based on a strict separation between the basic principle of how information is portrayed (the actual standard) and the actual portrayal of the information in a programming language (the syntax). This makes standards such as the Nexo protocols independent of any coding conventions. ISO 20022 therefore forms an important basis for the interoperability of different systems in the field of cashless payments.

However, as this allows for differences in the specific software implementation, a change can still entail significant complexity and expense.

The Nexo Retailer protocol in detail

Within Europe, each country has its own predominant communication protocols. In Germany, for example, the ZVT protocol is an example of an attempt at national standardisation. However, a whole range of other protocols are also used in addition to this. What’s more, some acquirers also develop their own, new POS interfaces.

This makes it very costly and complex for traders to switch terminal (and thereby change acquirer). The lock-in effects that this leads to for traders are explained in our article about multi-acquiring.

The Nexo POS interface: an attempt at international standardisation

The aim of the Nexo protocol for communication between payment terminal and POS is to make it easier for traders to switch between terminals from different providers without problems – meaning they are no longer bound to specific acquirers.

Although the Nexo protocol is relatively new to the market, it already offers users a very wide range of functions. As it is based on the ISO 20022 standard, it also enables both the range of functions and the communication sequence to be changed in a later version without affecting existing systems.

How widely used is the Nexo Retailer protocol?

To date (as of August 2021), the Nexo Retailer protocol is still considered to be a niche protocol, that is to say, it is currently not really widespread.

Yet its state-of-the-art, open design together with the fact that the Nexo Standards organisation brings together many sector leaders suggests that the Nexo protocol will play an increasingly important role in future.

How is the Nexo protocol for communication between payment terminal and POS device structured?

Each message exchanged between the payment terminal and the POS device via the Nexo Retailer protocol follows a strict structure:

How are the data packaged in the Nexo protocol?

The Nexo protocol is deliberately designed to be very open and allows for three different options for the format of the data used:

How are the packaged data sent in the Nexo protocol?

The Nexo protocol also allows for three different options for the transfer protocol:

What does this Nexo protocol openness mean for traders?

Acquirers and terminal integrators can choose which data format or transfer protocol they want to use. On the one hand, this openness may, of course, help to accelerate the spread of the Nexo protocol.

But for traders, this also means that one Nexo option is not the same as another, as the different implementation options often prevent plug & play capability when changing terminal. The complexity and expense when changing can quickly become (almost) as high as with other communication protocols.

The benefits of universal POS interfaces

So, what are the alternatives if the new Nexo protocol cannot guarantee absolute interoperability and flexibility?

This interface, called Pepper, makes it really quick and easy to connect new terminal models (or POS interfaces) both domestically and abroad. Furthermore, it gives retail companies greater flexibility and independence in terms of which acquirer to work with.

Mladen is the Product Owner for our solutions in the Integration field. In addition to the market requirements, as a former software engineer and testing expert, he is well- versed in all technical details concerning POS integration and software interfaces. 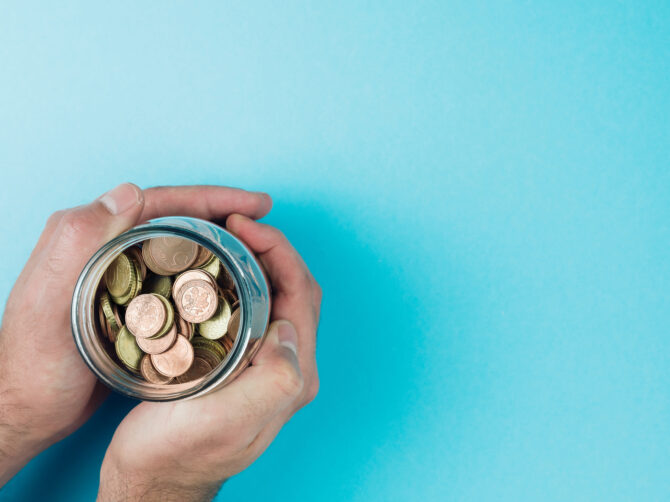 If you want to optimise, you need understanding: how to bring more transparency to your EFT Fees.

22 July 2022 – Along with the proportion of electronic payments, retail companies are also incurring higher costs for these payment types. Optimising these costs is thus becoming a significant strategic issue for companies. Before you can optimise, though, you first need a clear understanding: how are these costs incurred? What do they ... Continue reading

19 July 2022 – After the EHI Payment Kongress could only be a digital event for the last two years because of the Covid pandemic, the industry was finally able to meet face to face again this year. Really exciting? The latest payment trends. We have summarised the most important trends for ... Continue reading

17 June 2022 – SAP Customer Checkout is the point-of-sale software from SAP. making it easier for retail companies to integrate payment terminals. Why does SAP use Pepper and how does set-up actually work? Find out in our article. Continue reading